Privileged to be one of the five pioneers in Engineering education at the undergraduate level in Kerala state since 1961, this Government Aided institution is established, owned, and managed by the Mar Athanasius College Association. Mar Athanasius College Association is constituted as a Society registered under the Cochin Registration of Literary, Scientific and Charitable Societies Act. The Institution is the second venture of this charitable society, the first being the Arts and Science College started in 1955. The Association also has Mar Athanasius International School and Mar Baselious College, Adimali, to its credit. Late Prof. M P Varghese, the great educational visionary, had been at the reins in this victory procession right from the founding.

Dr. Winny Varghese, son of late Prof M P Varghese, is the secretary of the Association and the Chairman of the Governing Body.

Son of one of the Founding fathers, Prof. M P Varghese of Mar Athanasius College Association, Dr. Winny Varghese has inherited some great traits of his illustrious father. He had been associated with the sister institute, Mar Athanasius Arts and Science College as a professor and later as the Principal before donning the garb of Association Secretary.

He majored in Chemistry and completed his Ph.D. from the University of Calicut with specialization in Chemical Dynamics, Natural Products, Environmental Chemistry, and the thesis titled Kinetic Studies on the Hydrolysis of some Acid Phthalic Esters of Benzhydrol.
He has membership of many professional bodies including:

He has co authored 8 scientific papers in different scientific journals and magazines. His personal achievements include:

Prof. M. P. Varghese, the Founder Secretary of Mar Athanasius College Association, was an eminent scholar and a great organizer. He was born in an aristocratic Christian family - Manjummekudiyil - in Central Kerala (India) at Keerampara in Kothamangalam Taluk, on 29 June 1922. He graduated in Economics from Union Christian College, Aluva with a Gold medal from the Travancore University in 1945. He took his Master’s Degree from Madras Christian College in 1947 and M. Litt. from Madras University in 1951. During 1957-58 he spent one year in Oxford doing research work on Keynes’ General Theory under the renowned Economist Sir Roy Harrod.

Prof. Varghese joined the faculty of Economics at Mar Athanasius College in 1955, a college which was established largely by the untiring efforts of Prof. Varghese and his associates. He held the dual posts of Principal and Professor in Economics from 1963 to 1982 with a break of three years between 1969 and 1972. Prof. Varghese brought his research work, started in Oxford, to a fruitful culmination by publishing his two books in Economics, namely; A Criticism of Keynes’ General Theory and Theory of Economic Potential and Growth.

The most important contribution of Prof. Varghese to Economic thought is his book Theory of Economic Potential and Growth . It explains the economic necessity of growth, forewarns the world about the inevitability of crisis leading to economic breakdown inherent in the capitalist economic system imposed by limited population growth, and advocates the need for Government intervention and support to meet the crisis and maintain economic activity with full employment. The book has won International recognition and appreciation.

He has been an ardent fighter for social causes. When there was a proposal to locate a Nuclear Power Plant in Central Kerala at Bhoothathankettu in Kothamangalam Taluk, where the density of population is very high, he took up the fight to beat the proposal. It was in pursuit of this endeavor that he formed a society called OPNR (Organisation for Protection from Nuclear Radiation). He won the battle when Smt. Indira Gandhi the then Prime Minister unequivocally declared that the establishment of a Nuclear Plant in Kerala is not under consideration. Prof. Varghese has also written an authoritative book on the subject titled A Critique of the Nuclear Programme.

When he realised that Kerala was sliding back in the field of technical education he formed OPTEK (Organisation for Promotion of Technical Education in Kerala) and organised seminars through out the length and breadth of Kerala bringing out the need for more Engineering and Medical Colleges in the private sector. It was this campaign which persuaded the government to take a helpful policy towards permitting private, self financing colleges in the State.

His unique contributions were not limited to the academic and social realms. The agricultural field is also one which has been greatly enriched by his master mind. He has formed OFFER (Organisation of Farmers for Establishment of Rights) to fight for the just causes of farmers. His work The Law of Land Acquisition and Compensation – A Criticism is intended to remedy the injustice now meted out to the small farmers in India whose properties are compulsorily acquired by the State.

Prof. M.P. Varghese has honoured with the ‘Acharya Award’ for his eminence as a scholar and an untiring organizer, ‘ Akshaya Award’ for his outstanding services in the field of Higher Education, ‘Sevana Retna’ by Y’s men International, ‘Desa Retna’ by Kothamangalam Municipality, ‘Suvarna Rekha’ by Suvarna Rekha registered cultural society and ‘Vikas Award’ for his yeoman services rendered in various realms of life, ‘Prakruthi Mithra’ puraskaram in recognition of his outstanding services for the protection of environment. 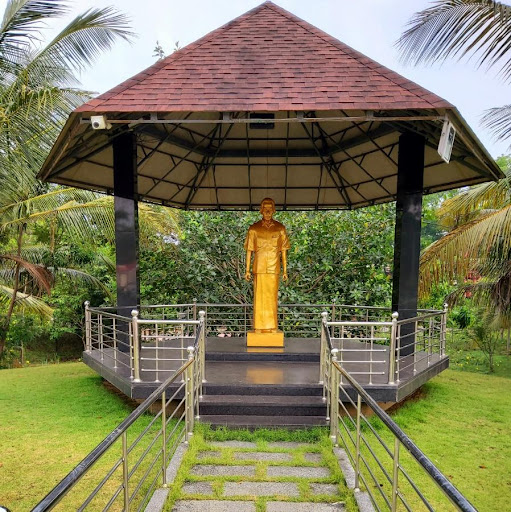